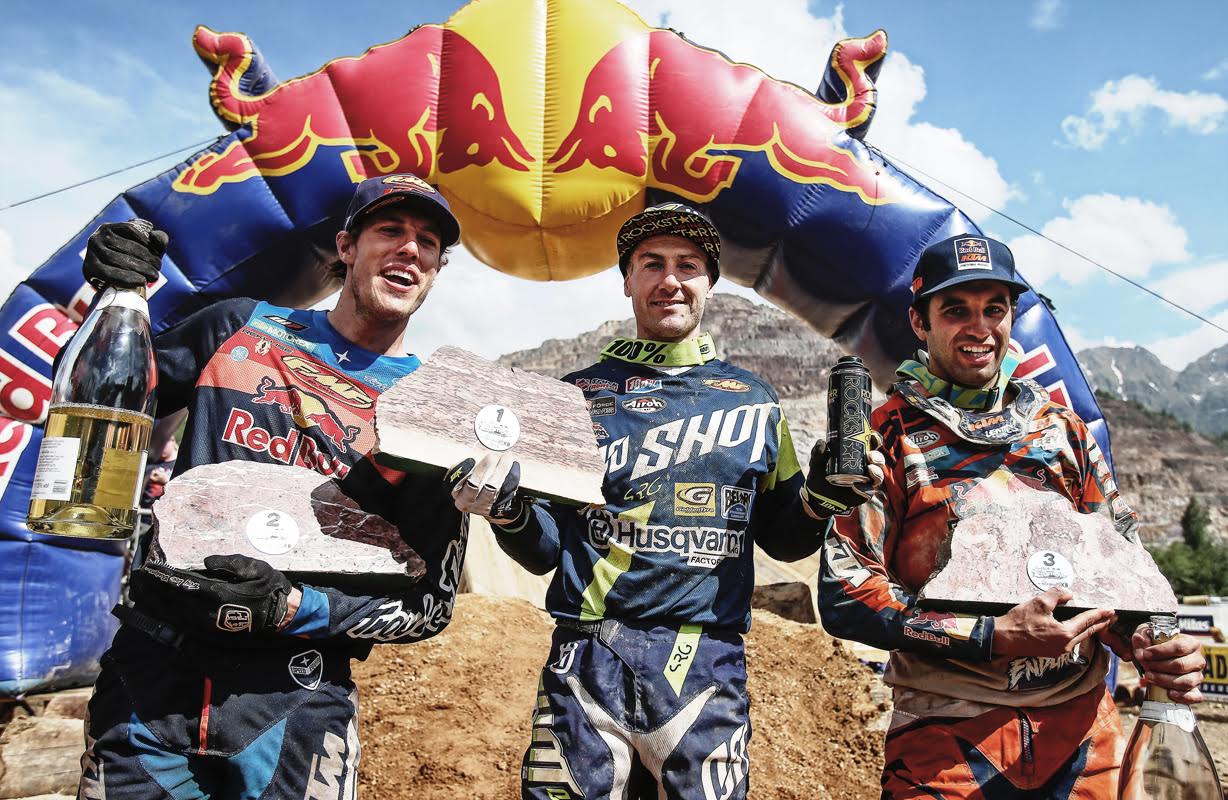 1 mountain. 500 riders. 23 checkpoints. 4 hours of time. And only a handful of riders crosses the finish line! Welcome to the cruel reality of Erzbergrodeos true highlight - the RED BULL ERZBERGRODEO which is regarded the toughest dirt bike race of the world! Only the fastest 500 riders of the Iron Road Prologue qualify for the technically most demanding offroad competition worldwide.The starting ceremony already is a legend in its very own right. When, at 11:00 am, Karl Katoch guides the competitors to the Erzberg lake, the thrilling atmosphere causes gooseflesh again. At 12:00 o’ clock straight, waves of 50 riders are set loose and places in the front rows are much sought-after. Starting positions correspond with the times reached in the prologue, so the fastest 50 riders of Iron Road Prologue start in the first row of the RED BULL ERZBERGRODEO.

When Heinz Kinigadner and Karl Katoch rise the starting flag, it’s 4 hours time for the riders to pass 23 checkpoints on the 23 kilometer track. At 4:00 pm, the game is over as the chequered flag is swung for the very last time. All riders still fighting with the track at this time are listed in the official results with their last checkpoint passed in running order. Right after the start it is clear to everyone that there will be only one way to the finish line - straight up the mountain! While the top-riders are served with a spicy potpourri of endless uphills, formidable downhills, narrow forest trails and unforgiving rock passages, the vast majority of riders will spend most of their four hours at one of the first uphill sections. Only the best of the best are able to reach the legendary Red Bull Arch inside the Erzberg-Arena, making them the elite enduro riders in the whole world.

The prize for this inhuman drudgery is no prize money. It‘s a piece of rock, shaped directly out of the Iron Giant‘s side. A piece of rock from the mountain the riders have beaten with willpower, determination and quite some battle scars...

Past winners of the Red Bull Erzbergrodeo: