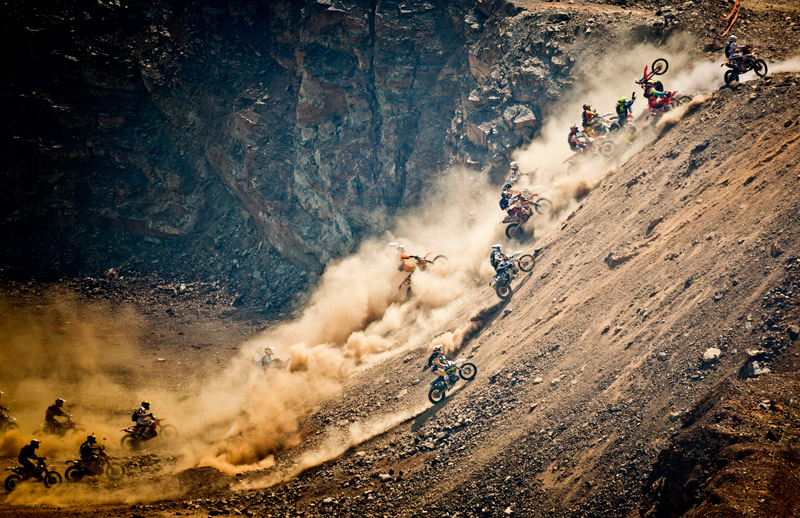 Imagine 1500 dirtbike maniacs from all over the world, setting their sails towards a tiny, quaint city in the heart of Europe to challenge one mighty „iron mountain“. Imagine there‘s nothing such as serious price money, a lucrative factory
contract or a championship title.

Imagine these guys trade thousands of miles of travel for four days of adrenaline, sweat and - disappointment. Because at the end of the day only a handful of riders will even see the finish line of this outstanding race.

It‘s the Myth oF Erzbergrodeo, which attracts thousands of ambitious dirtbike athletes to return to Erzberg each year - since more than 2 decades. 23 years of Erzbergrodeo have also developed motorcycle offroadsports into a worldwide established type of action-sports - followed by millions of enthusiastic fans.